Posted by LunarRegistry on 2 November 2018

You’ll probably not find Mickey Mouse, Donald Duck, Goofy and the other Disney characters that inhabit The Happiest Place On Earth there, but The Lunar Registry is now touting the availability of 440 acres in the giddily-named Lake of Happiness on the Moon.

The acreage, available in individual one-acre parcels or larger ten-acre “estates,” is situated in the real-life lunar location known as the Lake of Happiness, which appears on your moon map as Lacus Felicitatis. It’s part of that patch of lunar landscape called the Terra Nivium (“The Land of Snow”) north of the Sea of Vapors, which includes the Bay of Faith and the Lakes of Hate, Sorrow, Tenderness, Delight, and Winter, none of which are currently offered for sale or rent.

Acreage in the “Happiest Place on the Moon” on the banks of the Lake of Happiness is priced at $28.95 (US dollars), which is about $100 less than a one-day adult ticket to Disneyland in Anaheim. For those looking for an alternative to the Name A Star After Someone gift that won’t cost as much as an E-Ticket, this could be just the … ummm, ticket.

The Lake of Happiness is also the home of “The Weirdest Place on the Moon,” the strange-looking Irregular Mare Patch (or “IMP”) known as Ina: 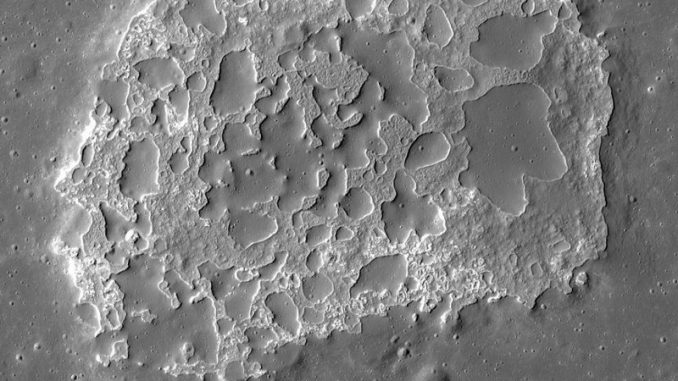 “Ina The IMP” appears to be just a few hops, skips and jumps from the Lake of Happiness property, should you want to float by.

LINK: Lake of Happiness Property on the Moon